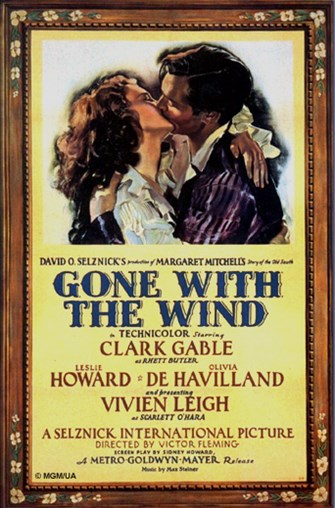 Gone With the Wind

Clark Gable, Vivien Leigh, Olivia de Havilland and Hattie McDaniel star in this classic epic of the American South. On the eve of the American Civil War, rich, beautiful and self-centered Scarlett O'Hara (Leigh) has everything she could want--except Ashley Wilkes (Leslie Howard). But as the war devastates the South, Scarlett discovers the strength within herself to protect her family and rebuild her life. Through everything, she longs for Ashley, unaware that she is already married to the man she really loves (Gable)--and who truly loves her--until she finally drives him away. Only then does Scarlett realize what she has lost ... and decide to win him back. Considered one of the greatest classic American movies, Gone With The Wind won 10 Academy Awards, including Best Picture, Best Actress and Best Supporting Actress, Hattie McDaniel, the first Oscar awarded to an African-American actor.