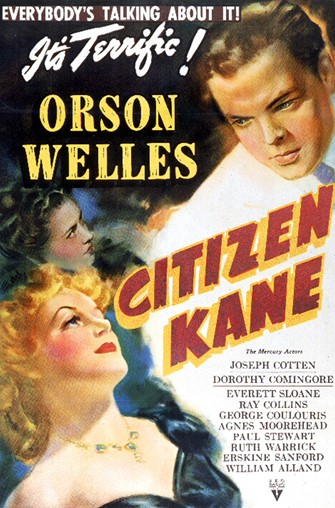 1940. Alone at his fantastic estate known as Xanadu, 70-year-old Charles Foster Kane dies, uttering only the single word Rosebud. So ends the odyssey of a life ... and begins a fabulous tale of the rise to wealth and power--and ultimate fall--of a complex man: A boy abandoned by his parents inherits a fortune, builds a global newspaper empire and aspires to become President of the United States, but he loses everything over an affair with an untalented nightclub singer. This fascinating story unfolds through the eyes of the people important to the tycoon--each showing a different aspect of Citizen Kane. Frequently regarded as the best American film ever made; winner of an Academy Award for Best Writing, Original Screenplay; and nominated for an additional eight Academy Awards including Best Picture, Best Director and Best Actor. The story is generally considered to be based on the life of William Randolph Hearst, who fought to prevent the release of the film by RKO, as told in the Golden Globe Award-winning made-for-cable film RKO 281.